2012 has been great to me but I hope that 2013 will be even better. There are big things on the horizon - not the least of which is that I hope to start designing.

For 2013 here are some loose goals/guidelines/suggestions

And in other news, I've got a butt-tonne of FOs from the end of November and December but I'm going to skip talking about all them and start fresh with January. I'll just direct you to my project pages on Ravelry. 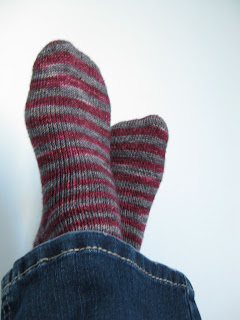