Next year I am looking forward to... 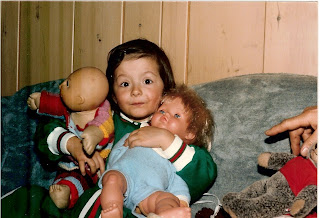 In photo, me - age unknown... Photo credit: my dad

... learning how to spin
... putting in new flooring (ours is a really crappy white carpet - who invented white carpet?) in the spring (hopefully)
... making new friends (this one takes a lot of effort for me because I'm more of a homebody)
... keeping in touch with old friends
... immersing myself in my new research topic
... taking a lot of pictures (and getting to the free class that came with my new camera - finally)
... seeing relatives that live nearby more than once a year
... spending as much (or more) time with my husband
... playing fetch with my kitties and snuggling them lots
... learning how to relax

Thanks to Jane Brocket for the post idea.
Posted by Catie at 12:01 3 comments: 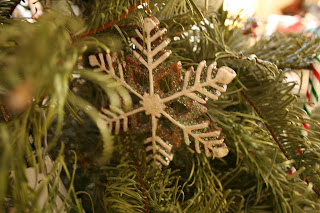 Wow, time flies when you start your PhD... This has been quite a busy semester. September was devoted to finishing up my MSc thesis requirements, moving to a new lab, and writing a research paper that we still haven't heard back about (still waiting on a reviewer it seems). October was devoted to writing a SSHRC grant proposal - during which I determined some if not most of what I'll be doing for the next few years - more on that in a sec. November was spent writing a paper for a class and learning more about my new research topic. Oh and there was a graduation ceremony in November too. December was a bit of work and a bit of rest. All through this I had class work and a small side project which earned me enough spare cash to buy a spinning wheel. I'll be ordering a Ladybug in the new year. I don't really have time for a new hobby nor the space - but I'll never have a whole lot of time and space... well we'll have that eventually. 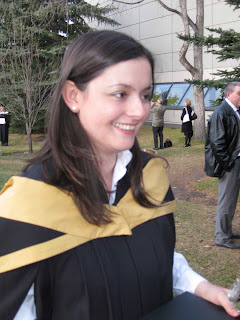 I have been very remiss in posting and have contemplated shutting the blog down. I still might. But I'll try to give it a bit more time in the new year and we'll see how it goes. The theoretical goal will be two posts a week - one wordless. If I get busy I might post pictures with captions and call it a day. I hesitate to call it a new years resolution - simply because I don't want it to feel like a chore. I've got enough things that I feel I have to do - no sense adding another one. But if I get into a rhythm and get some comments (hint hint) I think it might prove to be rewarding. 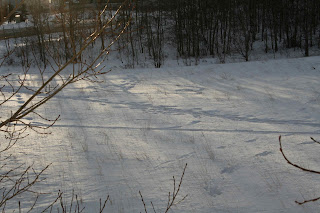 What have I been up to this December? Hibernating. Two days ago was the first time that Calgary went above zero since December 12th - and even then I think we hit 1 Celsius... (34 F). Right now my computer says it is -12 degrees (approximately 10F). I've been knitting, and working too. Here are some pictures of what I've been knitting. 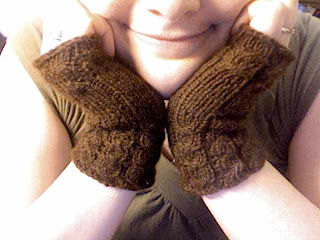 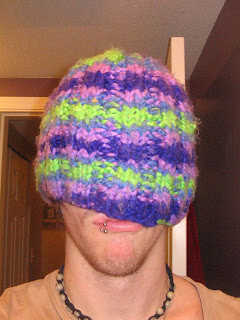 A very ugly hat is horrible acrylic - a prayer hat of sorts - very well received though so I made him another hat for Christmas. Unfortunately I forgot to take pictures so we'll just have to wait for him to send me some. 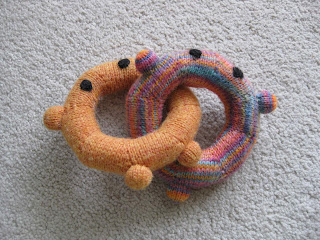 I finished up some Uh-Ohs from Anna Hrachovec 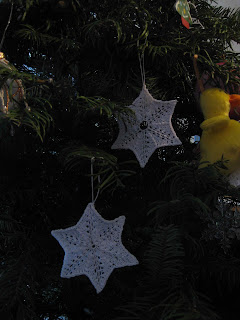 I made some Christmas ornaments (I'm in the process of making a different one but I'm lacking the balloon to block it on). These are Snowflake stars by Judy Gibson. 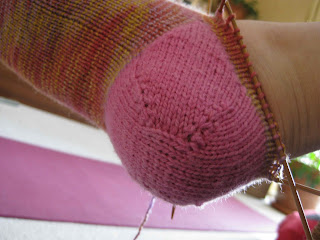 These are Heel Up and Down Socks by Amy Swenson. You knit the heel first - then the foot and then the cuff. 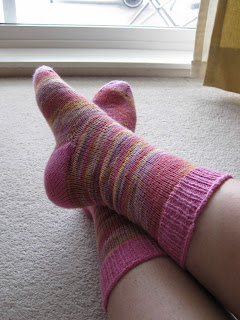 So much fun - I immediately cast on for another pair of socks - I can feel a new obsession coming on. 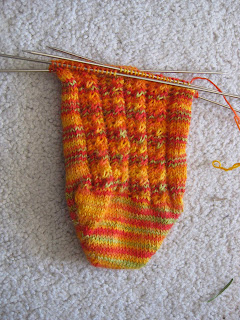 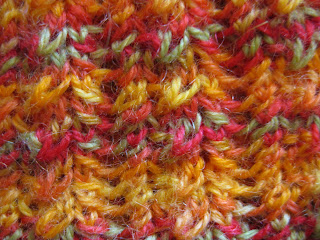 And these are Straight Laced Socks by Trisha Thibodeau. They are super nice but since the yarn is so fine I need to knit the things on 00 needles. Not a problem in and of itself - I like small needles just fine. But the needles are metal and therefore don't bend like the wooden needles I am used to using. Thus it hurts my hands after awhile.

Tonight I will be swatching the following: 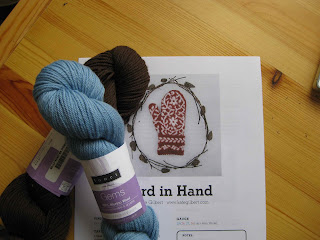 And finally, on Christmas I managed to block something that has been completed since October 12th - it still hasn't been gifted yet so here is just a bit to tantalize 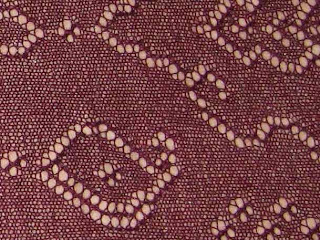 This is long enough for now - next time I will likely tell you about my upcoming research because I'm very excited.
Posted by Catie at 14:01 3 comments: