Yesterday was one of those days. It started innocently enough - Ellie even let me sleep up to when the alarm went off... But from there it went downhill. I don't tend to blog about non-knitting problems but yesterday was too much to not tell. 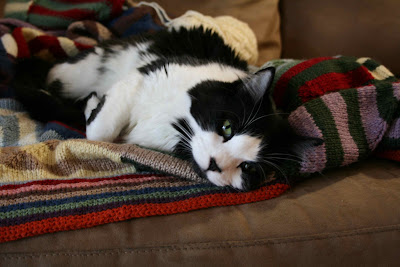 I strongly suspect that I have Celiac Disease, and I've suspected/feared this for awhile. A few weeks ago I went to the doctor for a prescription renewal and some blood work. My symptoms were worsening but not too bad. Instead of my doctor I got a resident - which is fine, normally, I'm all for helping educate the doctors of tomorrow. I let interns come in during my appointments all the time. I didn't realize that my normal doctor wouldn't also be there but whatever - it was a prescription and me telling them that I needed a specific blood test, not difficult. She listened to my symptoms and family history (2 siblings diagnosed, 1 niece, 1 nephew, 1 cousin, 1 cousin's daughter - plus 1 niece with the appropriate DNA and 1 cousin's daughter with the appropriate DNA) and said that it was likely that I had Celiac Disease and that she wanted to check for that and some other things it could be - sounds good to me so far. And she said that given my symptoms and family history, if the test came back negative she recommended a biopsy - the blood test is usually accurate but just in case, the definitive diagnosis is a biopsy - sounds great to me. So I got the tests and waited for my annual (which is next week). 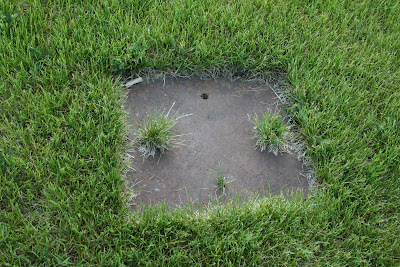 But the symptoms have gotten way worse - and I couldn't wait the extra week. Until I get the diagnosis I have to keep eating gluten. So I went to the walk in yesterday and found out that the resident FORGOT to order the CELIAC test! Sorry for the yelling but seriously! So the other doctor ordered the test and I got it done right away. I've had a copy of the results sent to a friend's sister (who is a doctor) so that I can get the results faster than from my regular doctor. I'm pretty stressed about the results - I want a Celiac diagnosis because if it is negative then the doctors start from scratch trying to figure out what is causing my symptoms. I'll let y'all know when I know. 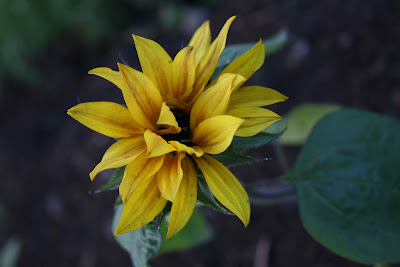 So I went home early - I was feeling pretty sick, hopefully because I'd had gluten the day before. And then as I was flossing I popped out the filling I got last week! At which point I decided I should have stayed in bed. Today is going better so far :)
Posted by Catie at 09:49

Email ThisBlogThis!Share to TwitterShare to FacebookShare to Pinterest
Labels: Celiac

*hugs* sounds like a horrible day:( Can you avoid the gluten now? Himself's father has celiac, and he says he felt like a different person once he was off gluten for good and all.

So sorry! I'm not sure whether to hope it is Celiac so that you have a diagnosis and can take action, or to hope it's not, because i would realy suck to have it.
I hope you get the diagnosis you want.
Good luck!