Can You Say Obsessed?

So, I have caught the sock knitting bug it seems - which is good considering that there is sock yarn in the stash. I have knit socks previous to infection - 2 pairs.
It started with the Miss Priss Ribbed Socks (by Sarah Mehta) knit early 2007. They are a little short and too thick for all of my shoes - but I loves them (seldom use them though...) 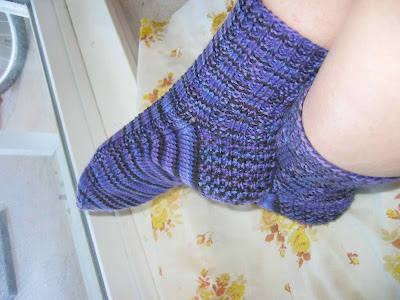 Followed quickly by a Toe Up Sock (Universal Toe-Up Sock Formula - Knitty summer 2006) which I liked but were too long in the foot. They fit mom perfectly until she felted them - I think they fit me now. 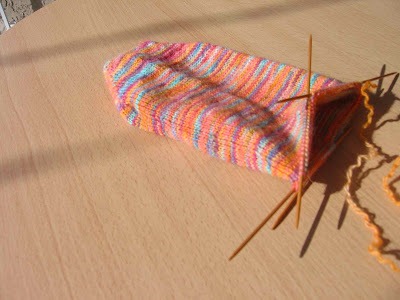 And then there was a drought in the sock knitting until December 16, 2008 - when I cast on the Heel Up and Down Socks - they were finished Christmas morning. 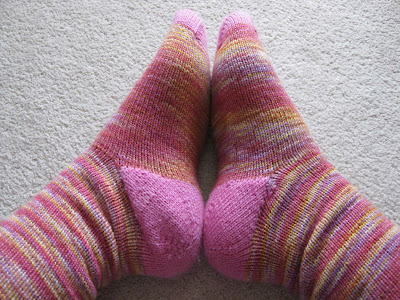 I immediately cast on the Straight Laced Socks - and have one done. These are knit on 00 needles and get a bit repetitive (and metal needles hurt my hands) - so... when one was almost completed I cast on 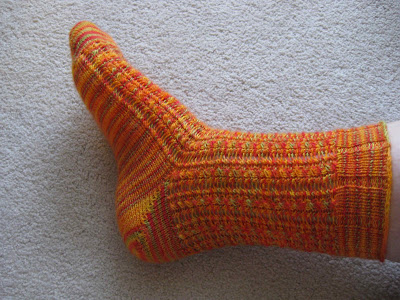 A pair of Monkeys (Knitty winter 2006) - I'd have one of these done too if I didn't have to keep ripping out the cast on edge to get the thing over my foot. Then I double checked what gauge I was getting - despite swatching - I went up a needle size and things are tight but they get over my heel. These are being knit on 1's! So large - well not really but compared to 00 they are. (sorry for the exposure - it was dark-ish by the time I got home today) 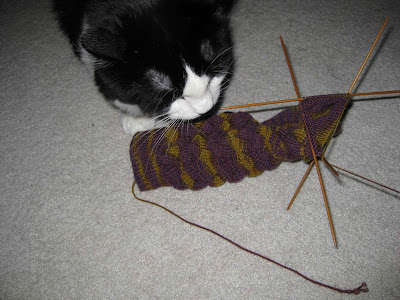 In addition I cast on Bird in Hand Mittens on New Years Day - and completed 1 (minus the embroidery - I want to do both at the same time to maximize similarity). 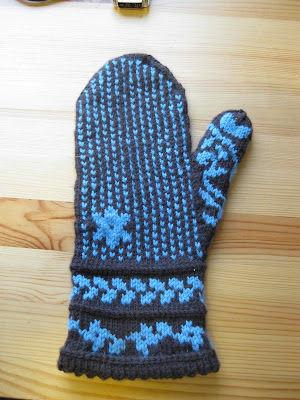 I learned how to knit an estonian braid - so much fun! These are being knit on size 2 needles which really do feel large. 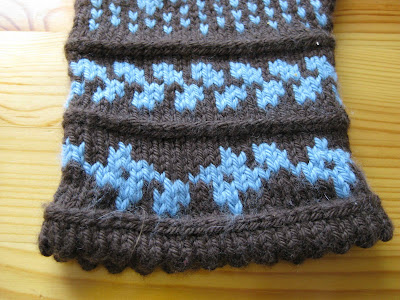 Holy crap. Fabulous array of socks - and I LOVE the mittens! Well done!

What fantastic socks, and can't wait to see the mittens.

wow! You sure have been busy!