On the Wheel and the Needles

Not great at posting - and I think the goal eventually will be 3 posts per week. If I could do 1-2 posts per week in the near future I think that would be great. Today we'll take a look at recent spinning.

Just off the wheel - superwash merino in Wanderlust from Sweet Georgia yarns - September 2012 fiber club shipment. I love this club - always ships near the start of the month and because she's based in Vancouver BC I get my yarn fast. If I had my act together I'd be the one posting the first spoiler photo! And she seems like good people. 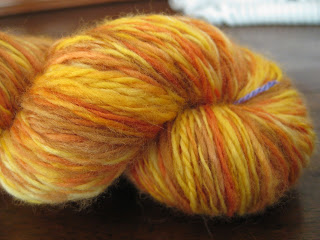 I had issues with breakage while skeining the yarn - I think I'm under spinning and/or under plying my yarn. I got about 450 yards from 4 oz of fiber. Oh and it is a 2 ply

Previously on the wheel - Merino, bamboo nylon blend from Gnome Acres in Southwest Zombie. It goes through the 3 colours 3 times - it is an n-ply. Amanda's good people too. 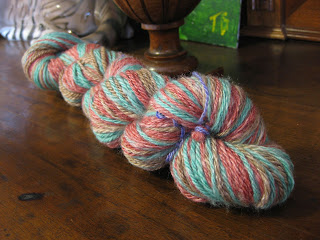 And before that was Swirl BFL in Beryl from the Unwind Yarn Company - Dana's good people too - I'm saying that a lot this post but it's true - these dyers take their businesses seriously, are nice and have a great product. I'll be buying from all of them again. 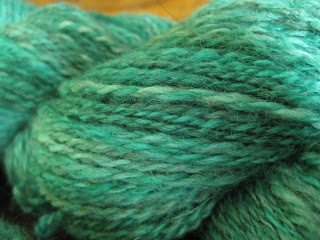 New to the stash and soon on the wheel (after what I've got on there is done - might be a bit because it is spinning very very fine - I've got the first of 2 plies done)... 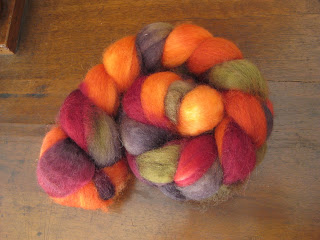 This is the October 2012 shipment of the Sweet Georgia Fiber club in Turning Leaf on BFL (not superwash). LOVE IT!

And in other news, winter was here for a brief visit and has left the building temporarily. First transit disruption of the season - buses were having issues with the black ice this past Thursday: 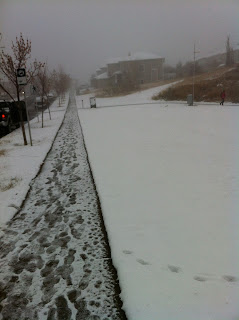 It looks worse than it was, I think the temperature that morning was only -4C (25F) so it isn't that cold. It felt cold-ish but it is self preservation to say that it wasn't cold because it will get much much colder. 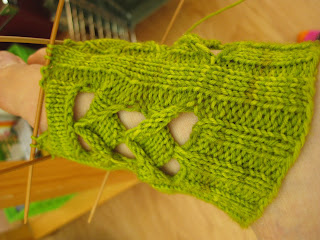 This is an old photo but it gives you an idea. I'm now well into the foot of the second sock - and am doing the foot plain so that they are more comfortable in shoes. 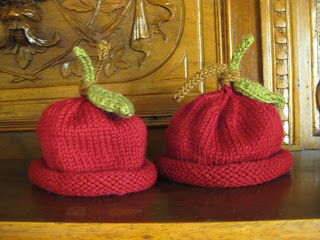 The pattern is the Umbilical Cord Hat from Stitch 'n Bitch

I went to add labels and thought I'd lost my post - but blogger now auto-saves. I was ready to say I hated blogger and then noticed the auto save thing on the new post - right now I'm feeling some Blogger love... Then I noticed that the photos I'd linked from Flickr weren't showing up - less pleased but still happier than if I'd had to re-write this post...
Posted by Catie at 17:24