On Sunday we went to the Calgary Stampede: the Greatest Outdoor Show on Earth. Since last year I've wanted to see the Sheep Shearing Competition - but last year I couldn't go because my thesis was behind schedule (or something like that). So we didn't go - but for the past year I've been talking about going this year. Was it worth the build up? Was it awesome? Yes and yes! Cory thought it was okay - he liked that I was so happy I suppose. 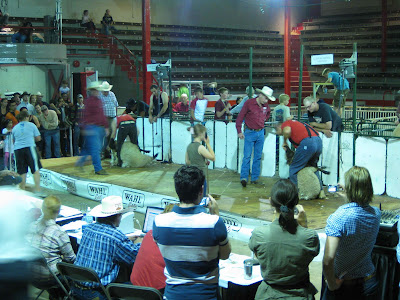 My only regret is that I didn't have my good camera with me - but it is always so crowded that Cory thought the small point and shoot was a better idea. I think next year I'll bring the faster camera because it was medium-low lighting and fast movements. 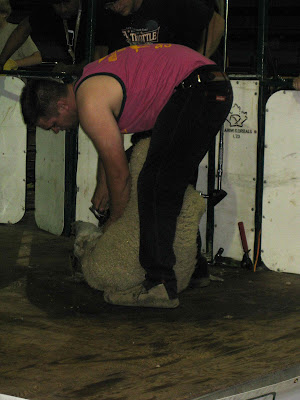 There were "official sheep shear-leaders" and a "shear-off" and piles of wool at the end of each shear-off. It. Was. Wonderful. 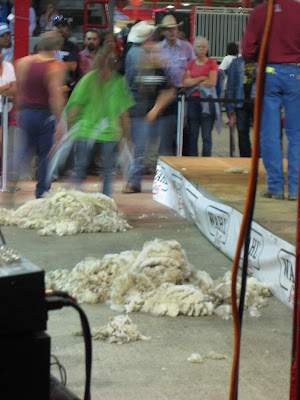 Email ThisBlogThis!Share to TwitterShare to FacebookShare to Pinterest
Labels: Stampede

That's awesome! Isn't it amazing how fast they can shear a sheep?!